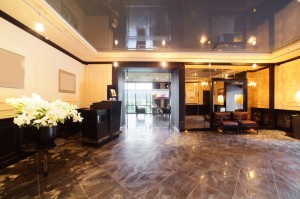 The earliest users of concrete were the ancient Romans. The Colosseum in Rome was built largely of concrete, and the concrete dome of the Pantheon is the world’s largest unreinforced concrete dome.

A method for producing Portland cement was patented by Joseph Aspdin on 1824. Reinforced concrete was invented in 1849 by Joseph Monier. In 1889 the first large concrete dams were built in 1936.

Since then methods for re-surfacing concrete have become popular giving the medium the ability to be used as a decorative feature as in logo-ed floors and high finished heated floors for restaurants and homes.